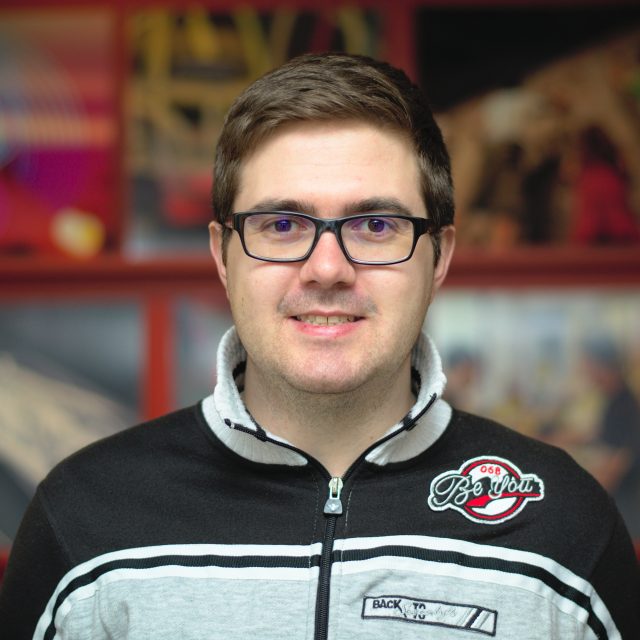 One function is all you need for ML Experiments

TLDR; Hopsworks provides support for machine learning (ML) experiments. That is, it can automatically track the artifacts, graphs, performance, logs, metadata, and dependencies of your ML programs.Many of you already know about platforms like MLflow, so why should you read about Hopsworks Experiments?  Because you do not have to rewrite your TensorFlow/PyTorch/Scikit-learn programs to get tracking and distributed ML for free, and TensorBoard comes built-in. We discuss how Hopsworks uniquely supports implicit provenance to transparently create metadata and how it is combined with the oblivious training function to make your training distribution transparent.

Hopsworks is a single platform for both data science and data engineering that is available as both an open-source platform and a SaaS platform, including a built-in feature store. You can train models on GPUs at scale, easily install any Python libraries you want using pip/conda, run Jupyter notebooks as jobs, put those jobs in Airflow pipelines, and even write (Py)Spark or Flink applications that run at scale.

As a development environment, Hopsworks provides a central, collaborative development environment that enables machine learning teams to easily share results and experiments with teammates or generate reports for project stakeholders. All resources have strong security, data governance, backup and high availability support in Hopsworks, while assets are stored in a single distributed file system (with data stored on S3 in the cloud).

When you run a Python or PySpark application on the Hopsworks platform, it can create an experiment that includes both the traditional information a program generates (results, logs, errors) as well as ML-specific information to help track, debug, and reproduce your program and its inputs and outputs:

Experiment Tracking and Distributed ML in One Library

We call this Python function an oblivious training function because the function is oblivious of whether it is being run on a Python kernel in a Jupyter notebook or on many workers in a cluster, see our blog and Spark/AI summit talk for details. That is, you write your training code once and reuse the same function when training a small model on your laptop or when performing hyperparameter tuning or distributed training on a large cluster of GPUs or CPUs.

In Hopsworks, the Maggy library runs experiments, see code snippet above. As you can see, the only code changes a user needed compared to a best-practice TensorFlow program are:

The hyperparameters can be fixed for a single execution run, or as shown in the last 4 lines of the code snippet, you can execute the train function as a distributed hyperparameter tuning job across many workers in parallel (with GPUs, if needed).

TensorBoard is arguably the most common and powerful tool used to visualize, profile and debug machine learning experiments. Hopsworks Experiments integrates seamlessly with TensorBoard. Inside the training function, the data scientist can simply import the tensorboard python module and get the folder location to write all the TensorBoard files. The content of the folder is then collected from each Executor and placed in the experiment directory in HopsFS. As TensorBoard supports showing multiple experiment runs in the same graph, visualizing and comparing multiple hyperparameter combinations becomes as simple as starting the TensorBoard integrated in the Experiments service. By default, Tensorboard is configured with useful plugins such as HParam, Profiler, and Debugging.

Hopsworks 1.4.0 comes with TensorFlow 2.3, which includes the TensorFlow profiler. A new long-awaited feature that finally allows users to profile model training to identify bottlenecks in the training process such as slow data loading or poor operation placement in CPU + GPU configurations.

TensorFlow 2.3 also includes Debugger V2, making it easy to find model issues such as NaN which are non-trivial to find the root cause of in complex models.

In the training code models may be exported and saved to HopsFS. Using the model python module in the hops library, it is easy to version and attach meaningful metadata to models to reflect the performance of a given model version.

The Hopsworks Model Registry, is a service where all models are listed in addition to useful information such as which user created the model, different versions, time of creation and evaluation metrics such as accuracy.

The Model Registry provides functionality to filter based on the model name, version number and the user that exported the model. Furthermore the evaluation metrics of model versions can be sorted in the UI to find the best version for a given model.

A model can be exported programmatically by using the export function in the model module. Prior to exporting the model, the experiment needs to have written a model to a folder or to a path on HopsFS. Then that path is supplied to the function along with the name of the model and the evaluation metrics that should be attached. The export call will upload the contents of the folder to your Models dataset and it will also appear in the Model Registry with an incrementing version number for each export.

Get the best model version

When deploying a model to real-time serving infrastructure or loading a model for offline batch inference, applications can query the model repository to find the best version based on metadata attached to the model versions - such as the accuracy of the model. In the following example, the model version for MNIST with the highest accuracy is returned.

The Devil is in the Details

That was the brief overview of Hopsworks Experiments and the Model Registry. You can now try it out on www.hopsworks.ai or install Hopsworks Community or Enterprise on any servers or VMs you can get your hands on. If you want to read more about how we implemented the plumbing, then read on.

Hopsworks uses PySpark to transparently distribute the oblivious training function for execution on workers. If GPUs are used by workers, Spark allocates GPUs to workers, and dynamic executors are supported which ensures that GPUs are released after the training function has returned, read more here. This enables you to keep your notebook open and interactively visualize results from training, without having to worry that you are still paying for the GPUs.

The advantage of the Hopsworks programming model, compared to approaches where training code is supplied as Docker images such as AWS Sagemaker, is that you can write custom training code in place and debug it directly in your notebook. You also don’t need to write Dockerfiles for training code, and Python dependencies are managed by simply installing libraries using PIP or Conda from the Hopsworks UI (we compile the Docker images transparently for you).

HopsFS stores experiment data and logs generated by workers during training. When an experiment is started through the API, a subfolder in the Experiments dataset in HopsFS is created and metadata about the experiment is attached to the folder. Hopsworks automatically synchronizes this metadata to elasticsearch using implicit provenance.

Existing systems for tracking the lineage of ML artifacts, such as TensorFlow Extended or MLFlow, require developers to change their application or library code to log tracking events to an external metadata store.

In Hopsworks, we primarily use implicit provenance to capture metadata, where we instrument our distributed file system, HopsFS, and some libraries to capture changes to ML artifacts, requiring minimal code changes to standard TensorFlow, PyTorch, or Scikit-learn programs (see details in our USENIX OpML’20 paper).

File system events such as reading features from a train/test dataset and saving a model to a directory implicitly recorded as metadata in HopsFS and then transparently indexed in Elasticsearch. This enables free-text search for ML artifacts, metadata, and experiments in the UI.

Experiments in Hopsworks are the first part of a ML training pipeline that starts at the Feature Store and ends at model serving. ML Artifacts (train/test datasets, experiments, models, etc) can be stored on HopsFS, and they can also have custom metadata attached to them.

That’s all for now Folks!

Of all the developer tools for Data Science, platforms for managing ML experiments have seen the most innovation in recent years. Open-source platforms have appeared, such as MLFlow and our Hopsworks platform, alongside proprietary SaaS offerings such as WandB, Neptune, Comet.ml, and Valohai.

What makes Hopsworks Experiments different? You can write clean Python code and get experiment tracking and distributed ML for free with the help of implicit provenance and the oblivious training function, respectively.

There is growing consensus that platforms should keep track of what goes in and out of ML experiments for both debugging and reproducibility. You can instrument your code to keep track of inputs/outputs, or you can let the framework manage it for you with implicit provenance.

Hopsworks Experiments are a key component in our mission to reduce the complexity of putting ML in production. Further groundbreaking innovations are coming in the next few months in the areas of real-time feature engineering and monitoring operational models. Stay tuned!

In the code snippet below, we compare how you write a Hopsworks experiment with MLFlow. There are more similarities than differences, but explicit logging to a tracking server is not needed in Hopsworks.

Pipelines are the program that orchestrates the execution of an end-to-end training and model deployment job. In Hopsworks, you can run Jupyter notebooks as schedulable Jobs in Hopsworks, and these jobs can be run as part of an Airflow pipeline (Airflow also comes as part of Hopsworks). After pipeline runs, data scientists can quickly inspect the training results in the Experiments service.

The typical steps that make up a full training-and-deploy pipeline include: